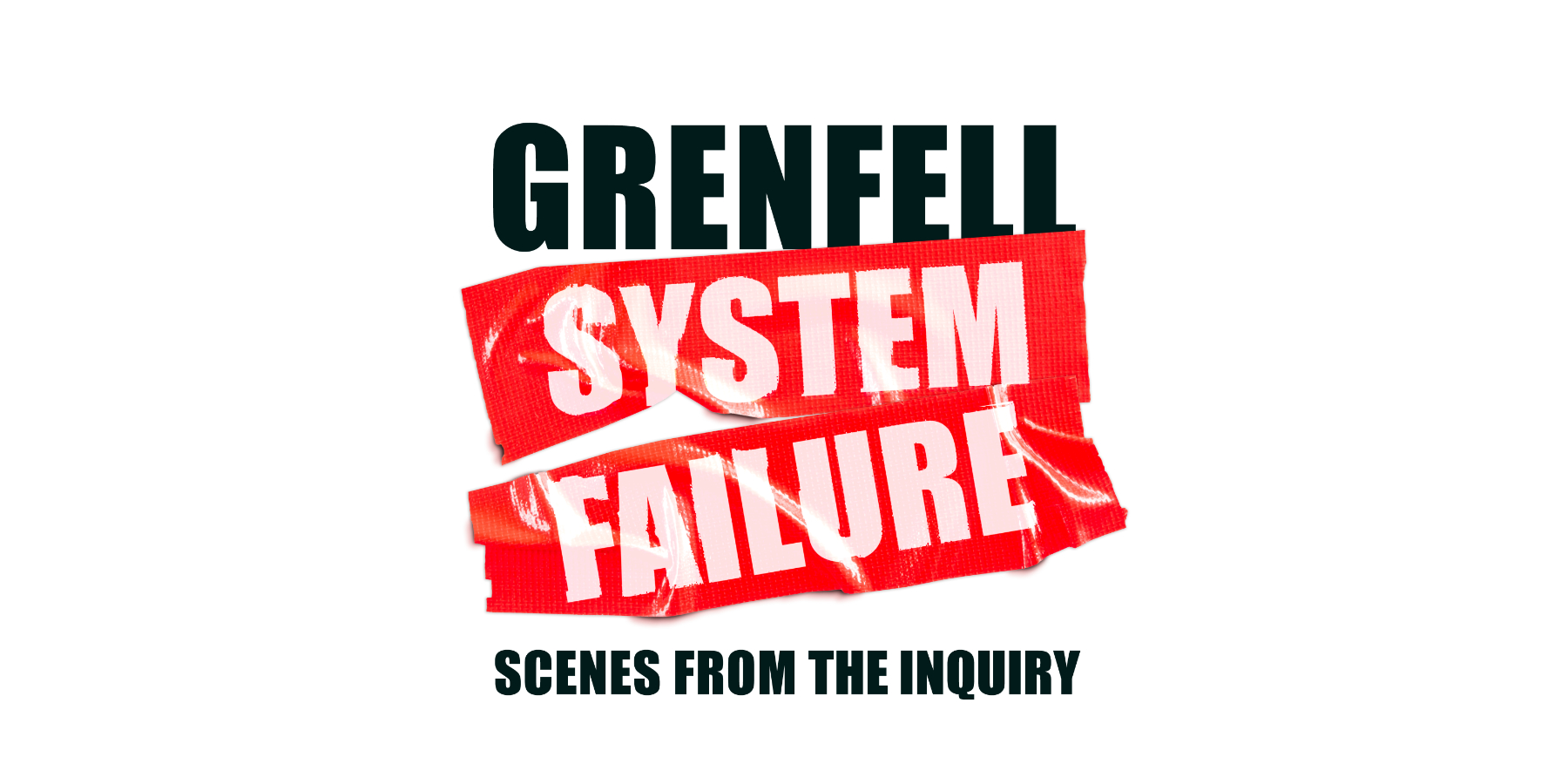 Nick of Time Productions and The Playground Theatre

Nick of Time Productions and the Playground Theatre

Based entirely on the words of those involved in the final phase of the Inquiry (December 2020 – July 2022), Grenfell: System Failure interrogates why the testing regime failed to warn of the danger of installing inflammable materials, why manufacturers promoted such products with no regard to safety, why government regulations ignored the dangers and were not updated, and why politicians failed to ensure proper oversight. Through the testimonies of bereaved residents, it explores how they were failed by the London Fire Brigade on the night and abandoned by the local authority in the chaos of the fire’s aftermath.

This limited season is brought to the stage by the creative team responsible for Grenfell: Value Engineering at The Tabernacle and Birmingham Rep in 2021 and on Channel 4 in 2022, The Stephen Lawrence Inquiry – The Colour of Justice at the Tricycle Theatre, the National Theatre, in the West End and on BBC TV, and the Olivier Award-winning Saville Inquiry play, Bloody Sunday.

The Times on Grenfell: Value Engineering

Running Time: 2 hours and 20 minutes including a 20-minute interval

Trigger warning: The play contains graphic descriptions of the residents’ evacuation during the fire and their experiences during the aftermath.

Affordably priced tickets for this production will be available at £5 for residents local to the Grenfell Tower. For more information on how to book community tickets, please email ticketing@smartentertainment.co

Please note: tickets are only available online or by emailing ticketing@smartentertainment.co

Wednesday 15 March at 9:50pm | The Marylebone Theatre | Panel discussion on the Cladding Crisis

Richard Norton-Taylor was a writer on defence and Security Editor for The Guardian from 1975-2016. As a journalist & playwright his books include: Truth is a Difficult Concept & The State of Secrecy.

His work combatting official secrecy led to the Freedom of Information Campaigns in 1986 & 1994.  He received the Liberty Human Rights Campaign of the Year Award in 2010.

He has collaborated with Nicolas Kent on eight verbatim plays on Trials and Public Inquiries: Half the Picture -the Scott Arms to Iraq Inquiry, The Colour of Justice -the Stephen Lawrence Inquiry, Nuremberg, Justifying War - The Hutton Inquiry. All his theatre work has been published; much of it broadcast on BBC TV or Radio. He won a Time Out award in 1993 and an Olivier award in 2005.

Richard is on the Board of the Website, Classified UK, and on the Policy Council of the civil rights group, Liberty.

Nicolas Kent was Artistic Director at the Tricycle Theatre from 1984 – 2012. Productions at the theatre include: Half the Picture, The Stephen Lawrence Inquiry, Nuremberg, Srebrenica and Bloody Sunday (Olivier award), all broadcast by the BBC. Also, Guantanamo (Olivier nomination), The Riots and the trilogy: The Great Game – Afghanistan (Olivier nomination) London/New York/Washington.

He has directed for TV and at the RSC, the Royal Court, Donmar Warehouse, Young Vic, Hampstead, in the West End and in America.

Most recent productions: Playboy of the West Indies – the Musical at Birmingham Rep and Grenfell: Value Engineering at the Tabernacle and on Channel 4 television.