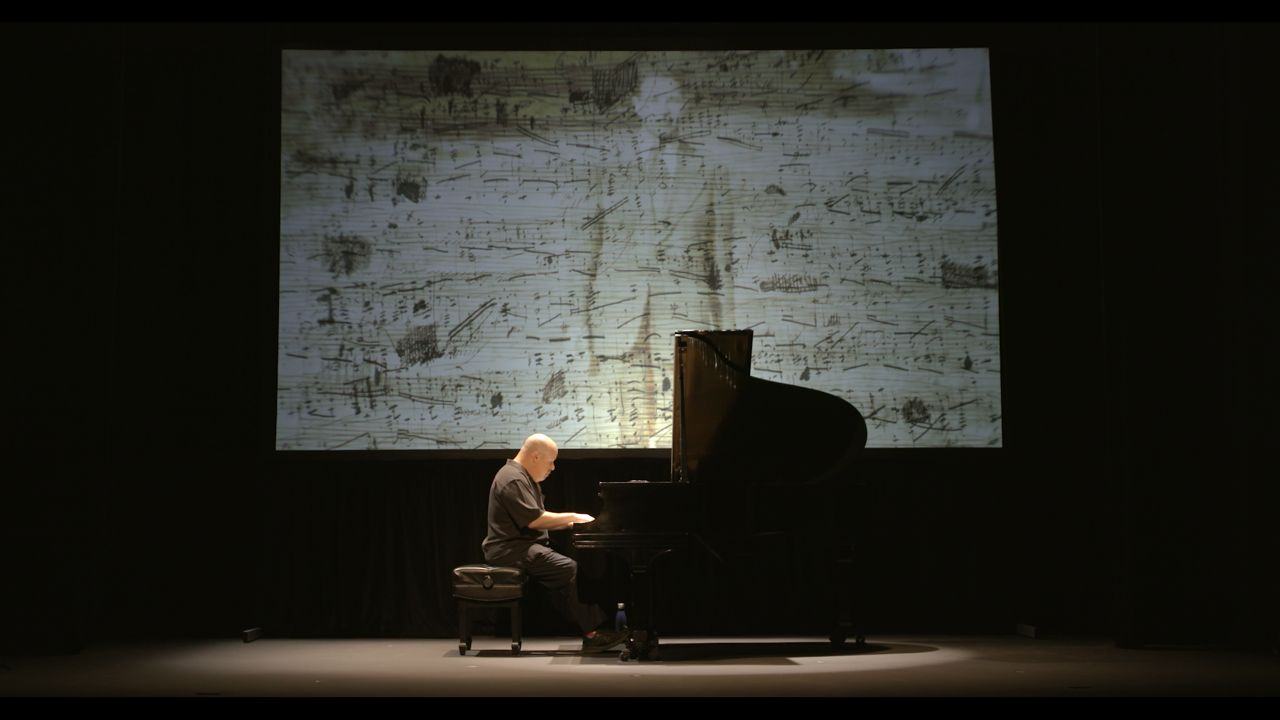 “Peltzman’s one-hour solo show is put together with such grace, beauty and sorrow that it offers a richly rewarding and thoughtful experience. At key moments during the show, Peltzman takes to the grand piano on stage, and plays like an angel.”

“The combination of story, music, history, and heart is incredibly potent and poignant. An extraordinary story… powerful and moving.”

“A beautiful celebration of a lost talent.”

“Throughout the performance, Peltzman’s style of storytelling was captivating and touching. A heartbreaking story ... told beautifully through images and music.”

New York pianist, Roger Peltzman’s one-person show, Dedication, recounts his family’s tragic history fleeing the Nazis in war-torn Europe using drama, humor, powerful images and musical performances of everything from blues to Chopin. Drawn into the story of people he never knew, Peltzman develops a “relationship” with his uncle, Norbert Stern, a brilliant pianist who was murdered in Auschwitz at age 21. Learning that Holocaust trauma can be inherited, Peltzman recounts his coming to terms with second generation survivor trauma and the role of music in helping to manage wounds that will never fully heal. A singular tale from the Holocaust that is at once extraordinary and relatable

Roger is a pianist and teacher in New York City. Among his many public performances, Roger has played to sold out audiences at Carnegie Hall, The Brooklyn Academy of Music, New York’s cutting-edge venue—Le Poisson Rouge and various concert venues in Europe. He is also an actor, writer, theatre producer and film director. In 2018 he began writing his one-person show Dedication under the tutelage of renowned actor/director Austin Pendleton (Obie winning director).

Over the next 3 1/2 years Roger refined Dedication with input from famed Broadway director Seth Barrish (Mike Birbiglia). In August of 2021 the play was staged and filmed in NYC. (Due to pandemic related delays in live performance opportunities.) The film version of the play turned out so well that it was picked up for distribution by Menemsha films and has been shown at some of the world’s most prestigious film festivals. In August 2022 Dedication made its live theatre premier at the Edinburgh Fringe Festival — garnering 4 star reviews from critics and overwhelming response from audience members.

Age restrictions: recommended for audiences 12 + due to distressing themes and occasional strong language