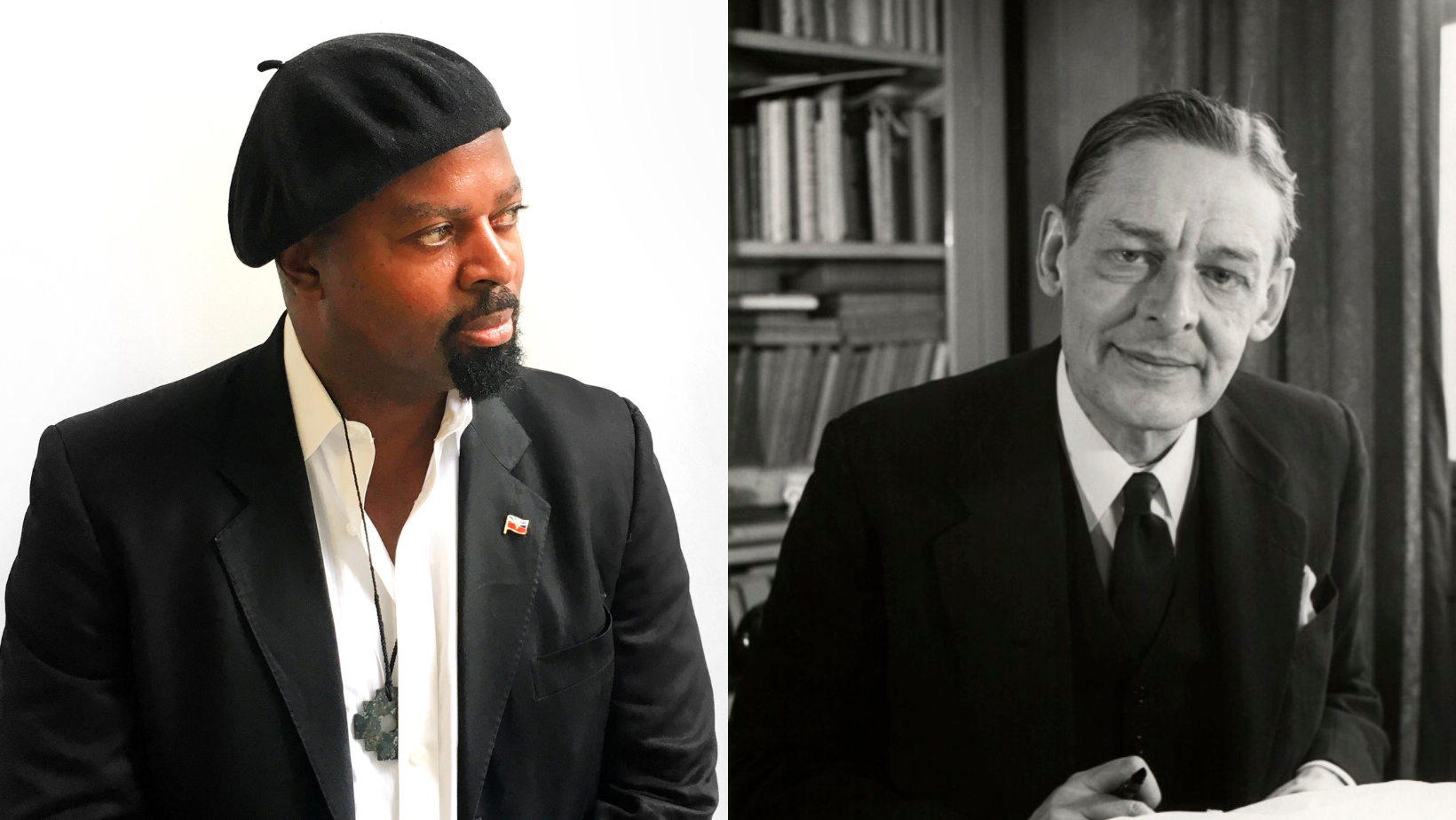 “The awful daring of a moment's surrender
Which an age of prudence can never retract ...”
― T S Eliot, The Waste Land

A stirring one-man performance of T.S.Eliot’s iconic long poem by one of Britain’s most acclaimed poets and novelists. Ben Okri, Booker prize-winning author of The Famished Road, will give a solo, on-book rendition of The Waste Land to mark its one hundredth anniversary. The piece will be directed by Geraldine Alexander, an acclaimed actress and writer, who has appeared extensively on stage and screen. It will be accompanied by a delicate, musical underscoring and live dance by Charlotte Jarvis.
‍

As a follow-up event (date tbc) Ben’s play Madame Sosostris will be presented as a staged reading. Inspired by themes and characters from The Waste Land, this scintillating original play was a sell-out smash-hit in Switzerland in a French translation. The reading at the Marylebone will be the play’s English language premiere. More details to follow.
‍

Ben comments:
"I have always loved The Waste Land. It is a poem that continually speaks to us of the loss of meaning and the fragmentation of our times. It is, in many ways a war poem, and it manages to offer some vision back to sanity. In these times when so much is collapsing around us, in these times of war and doubt, when we need true values to shore against our ruins,‘ this is just the poetic medicine we need, one that speaks the truths we need to hear. It is an honour to perform this poem as part of its one hundred year celebrations.
My play Madame Sosostris, The Wisest Woman in Europe, takes as its starting point the famous character at the heart of The Waste Land. It is a play about love and heartbreak and masks and prophecy. It seems fitting that these two linked works should be read and performed at the newly risen Marylebone Theatre."
‍

Geraldine comments:
"TS Eliot wrote The Waste Land in a prolonged state of mental breakdown and after the end of WW1. Nothing captures this mix of personal condition and world view more than his five-act poem and no one better to read it for us now than Ben Okri, and there is no better place than a theatre that is opening its doors for the first time, and no better day to read it than Remembrance Day, a time to honour those who gave and are still giving their lives for us."
‍