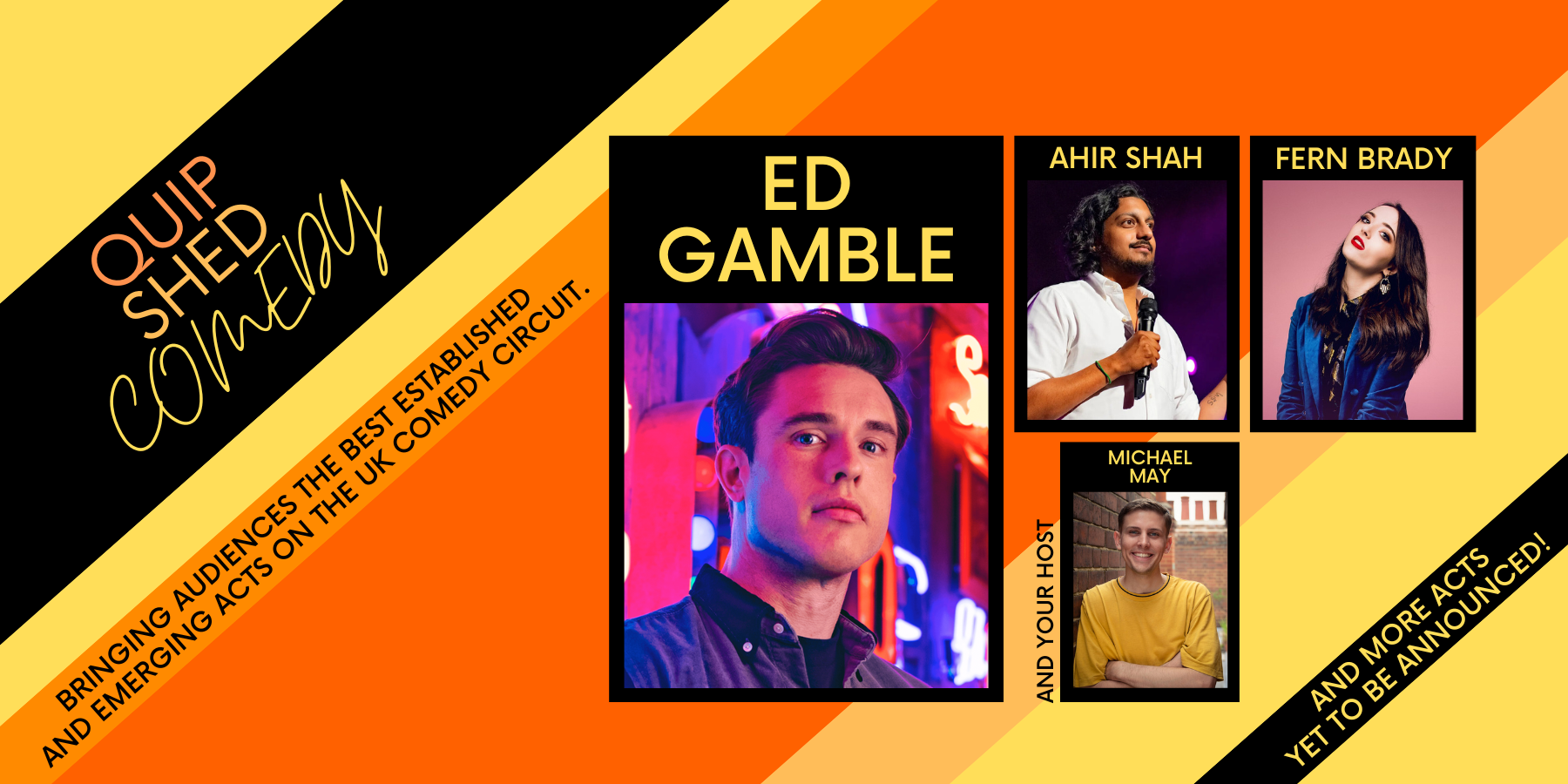 The inaugural show on Saturday 28th January presents an incredible roster of the best and biggest comedians on the UK circuit, including TV’s Ahir Shah, Fern Brady, and Ed Gamble, with other acts yet to be announced!! The night will be hosted by the Comedy Store’s Michael May.‍

Ahir Shah is a double Edinburgh Comedy Award ‘Best Show’ nominee and one of the fastest-rising comedians of his generation. TV credits include Live At The Apollo, The Now Show, Stand Up Central, Have I Got News For You, Frankie Boyle’s New World Order, Mock the Week, The Mash Report/Late Night Mash, Guessable, Rob Beckett’s Undeniable, and much more!

Ahir’s 2019 show, 'Dots', completely sold out at the Edinburgh Fringe and toured the UK ahead of an international release on US streaming platform HBO Max.

Fern Brady is known for being totally unique and completely fearless. Her caustic wit, exceptional writing and electric stagecraft has made Fern one of the UK’s hottest comedy stars. As seen on the current series of Taskmaster, 8 Out of 10 Cats, Frankie Boyle’s New World Order, Live from the BBC, Live from the Comedy Store, The Russell Howard Hour, and Live at the Apollo, Fern has also been featured in Vogue as one of the Top 5 Female Comedians, as well as the Telegraph's Top 5 Young Comedians to Watch.‍

Ed Gamble is well-known as a regular on Mock the Week and for being the co-creator and co-host of the hugely successful mega-hit podcast Off Menu with James Acaster. As seen on Live at the Apollo, The Royal Variety Performance, The Russell Howard Hour, and on the US TV show Conan, Ed was crowned as the series nine champion of the award-winning television show Taskmaster. Other television credits include 8 out of 10 Cats, Roast Battle, The Apprentice: You’re Fired, Richard Osman’s House of Games, Hypothetical, and he is now a judge on Great British Menu.‍

In 2019, Ed’s first stand-up special, Blood Sugar, was released as an Amazon Prime original special in 200 countries worldwide. His show, Blizzard, had a twice-extended sell-out UK run and culminated with a final performance at the 1,200-seat O2 Shepherd’s Bush Empire. Ed has just finished touring his show Electric across the UK.‍

Please note that, although very rarely, the line-up is subject to change.

This event is for those over the age of 18.