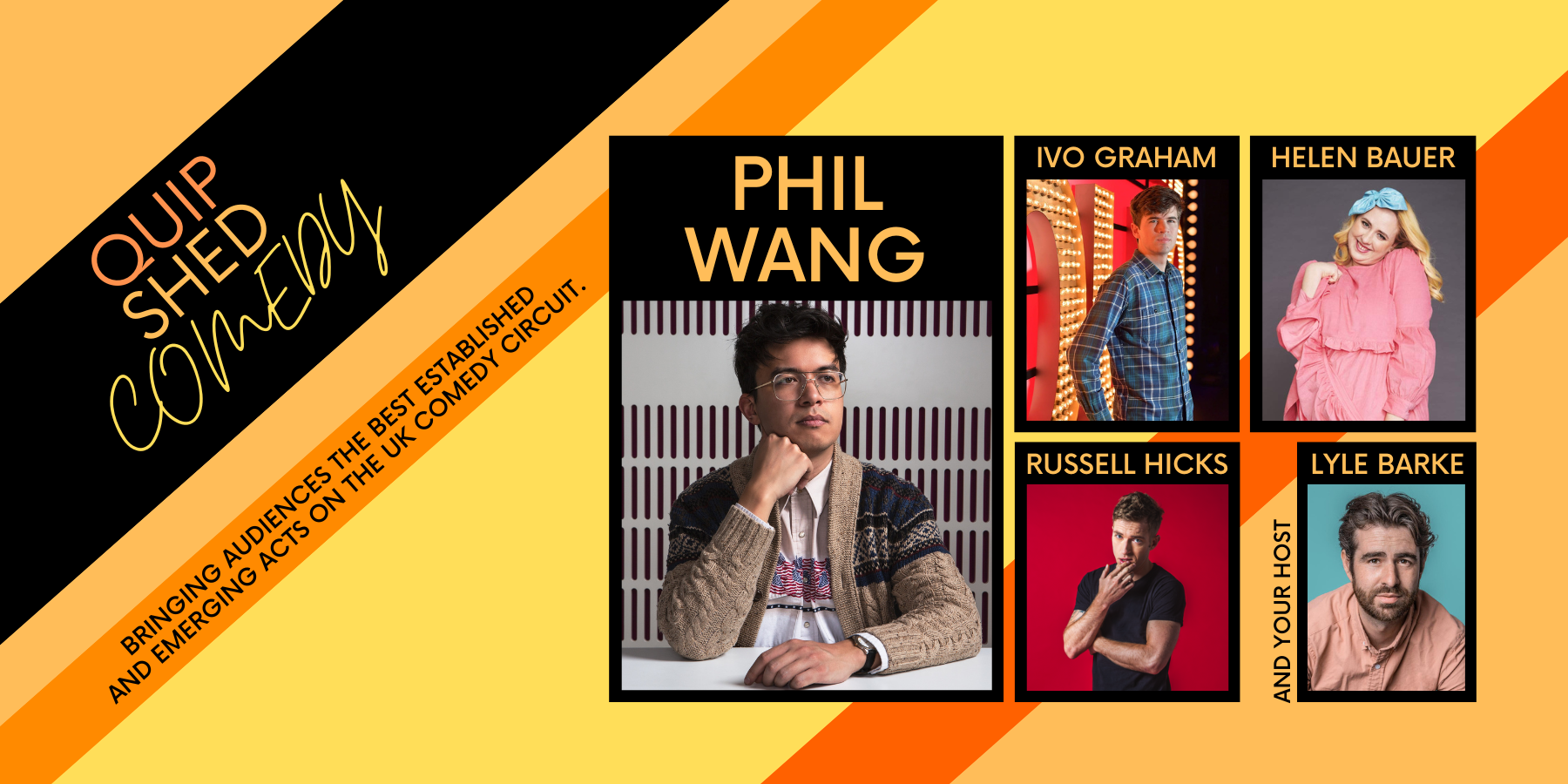 The next show on Monday 27th February presents an incredible roster of the best and biggest comedians on the UK circuit, including Russell Hicks, and TV’s Ivo Graham, Helen Bauer, and Phil Wang! The night will be hosted by Lyle Barke.

Russell Hicks is one of the most exciting new comic talents to come out of the USA, having already appeared on numerous one-to-watch line-ups and gaining a seriously impressive list of credits. In the US, Russell has already appeared on several shows including Direct TV’s What’s News? and in the UK, he presents Yahoo’s Beat The Street and Room of Doom. He also hosts cult podcast Off The Grid, which invites comedians to talk about what their life would be like without social media. Russell has now established himself as a major player on the UK and Stateside comedy circuits, playing at legendary venues like The Comedy Store and The Laugh Factory in Hollywood.

Known for being a comedy powerhouse with an electric stage presence, Helen Bauer is one of the UK’s most exciting rising stand-up stars. TV appearances include Live At The Apollo, The Emily Atack Show, and Hypothetical. In August 2019, her debut show was nominated for the Best Newcomer award, and in February 2020, the show transferred to the Soho Theatre for a London run. Helen co-hosts the podcast Trusty Hogs with fellow comedian Catherine Bohart, as well as co-hosting the hit podcast Daddy Look At Me with Rosie Jones – The Guardian’s recommended podcast.

Despite extensive grooming for more serious careers at Eton and Oxford, Ivo Graham has spent his entire adult life on the comedy circuit, establishing himself as, if not the UK’s poshest, then certainly its most apologetically posh comedian. With a bumbling charm to snare audiences of all ages, he’s sold out six runs at the Edinburgh Fringe, the latest of which was nominated for the prestigious Best Show award in 2019, and appeared on TV shows including Have I Got News For You, Mock The Week and Live At The Apollo.

Our headliner, Phil Wang, is one of the UK’s most exciting stand-up comedians, who recently recorded his first Netflix special at the London Palladium. He has appeared on countless shows including hosting Live at the Apollo, Have I Got News For You, QI, Would I Lie to You?, 8 Out of 10 Cats Does Countdown, Roast Battle, Drunk History, The Great British Bake Off: Extra Slice, and is a regular guest throughout series 7 of Taskmaster. Previously, Phil recorded a fifteen-minute stand-up special for Netflix as part of The Comedy Lineup, one of only two non-US acts in the series.

Phil has performed at international comedy festivals including Montreal’s Just for Laughs, the Melbourne International Comedy Festival, and the New Zealand Comedy Festival. His latest critically acclaimed live show, Philly Philly Wang Wang, broke records at the 2019 Edinburgh Fringe, selling out its entire run before the festival even began, and subsequently selling out a final extra show in the 750-seater Pleasance Grand. His subsequent national tour was extended due to phenomenal demand and included two shows at the London Palladium.

Please note that, although very rarely, the line-up is subject to change.

This event is for those over the age of 18.