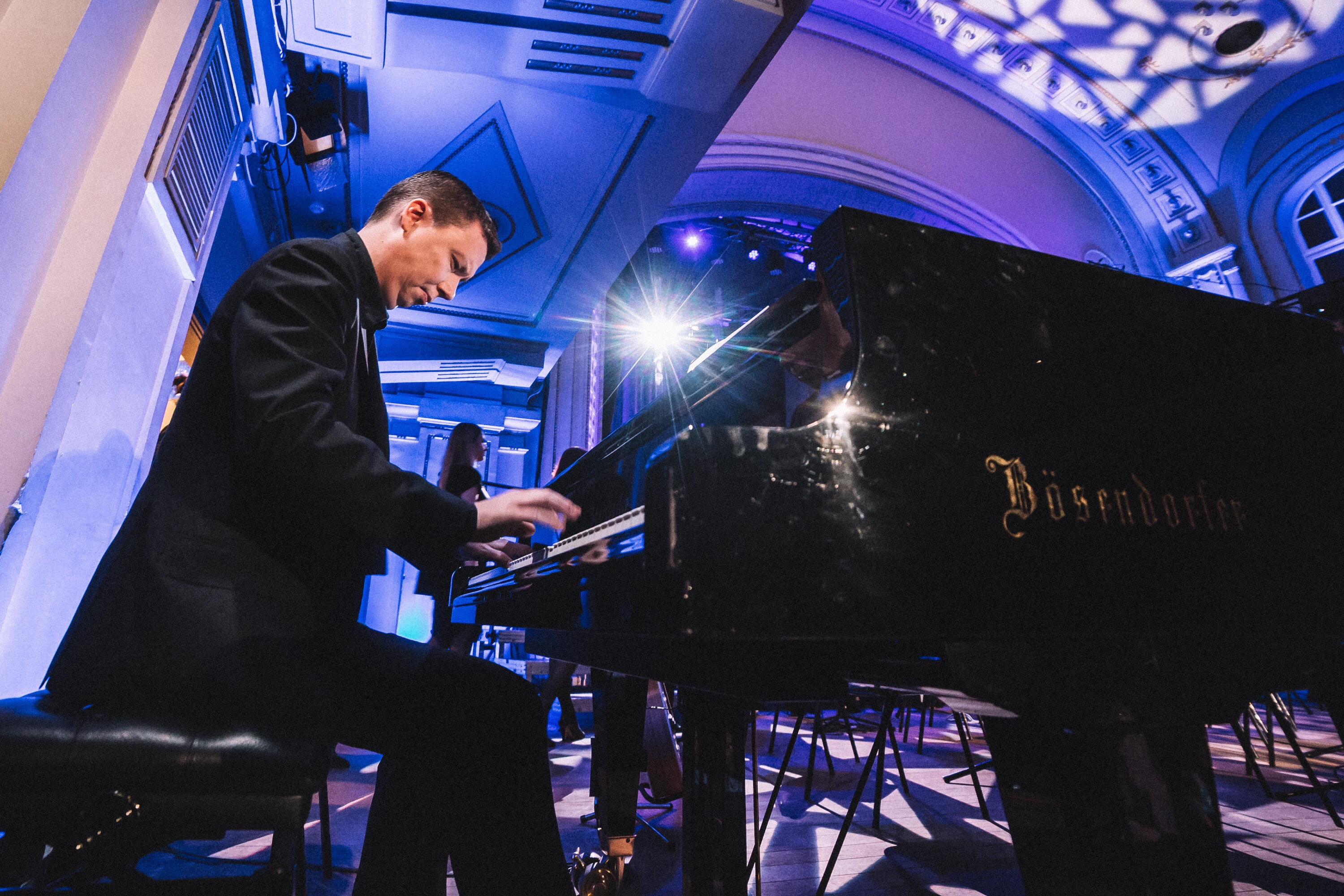 Ola Gjeilo is one of the most frequently performed composers in the choral world. An accomplished pianist, improvisations over his own published choral pieces have become a trademark of his collaborations. Although Norwegian by birth, it is perhaps Ola’s adopted country of America that has influenced the composer’s distinctive sound world the most, evolving a style that is often described as cinematic and evocative, with a lush, harmonious sound.

Ola grew up in a musically eclectic home listening to classical, jazz, pop and folk, a broad background he later incorporated into his classical composition studies at The Juilliard School, the Royal College ofMusic in London, and currently as a New York City-based freelance composer. He is especially inspired by the improvisational art of film composer ThomasNewman, jazz legends Keith Jarrett and Pat Metheny, glass artist Dale Chihulyand architect Frank Gehry.

Ola is an exclusive Decca Classics artist, and his Decca albums include Ola Gjeilo and Winter Songs,also featuring Tenebrae, VOCES8 and the Choir of Royal Holloway, as well as the solo piano albums Night & Dawn. The recordings are available on Spotify, Apple Music, Amazon, and all major platforms. He is currently composer-in-residence with DCINY.