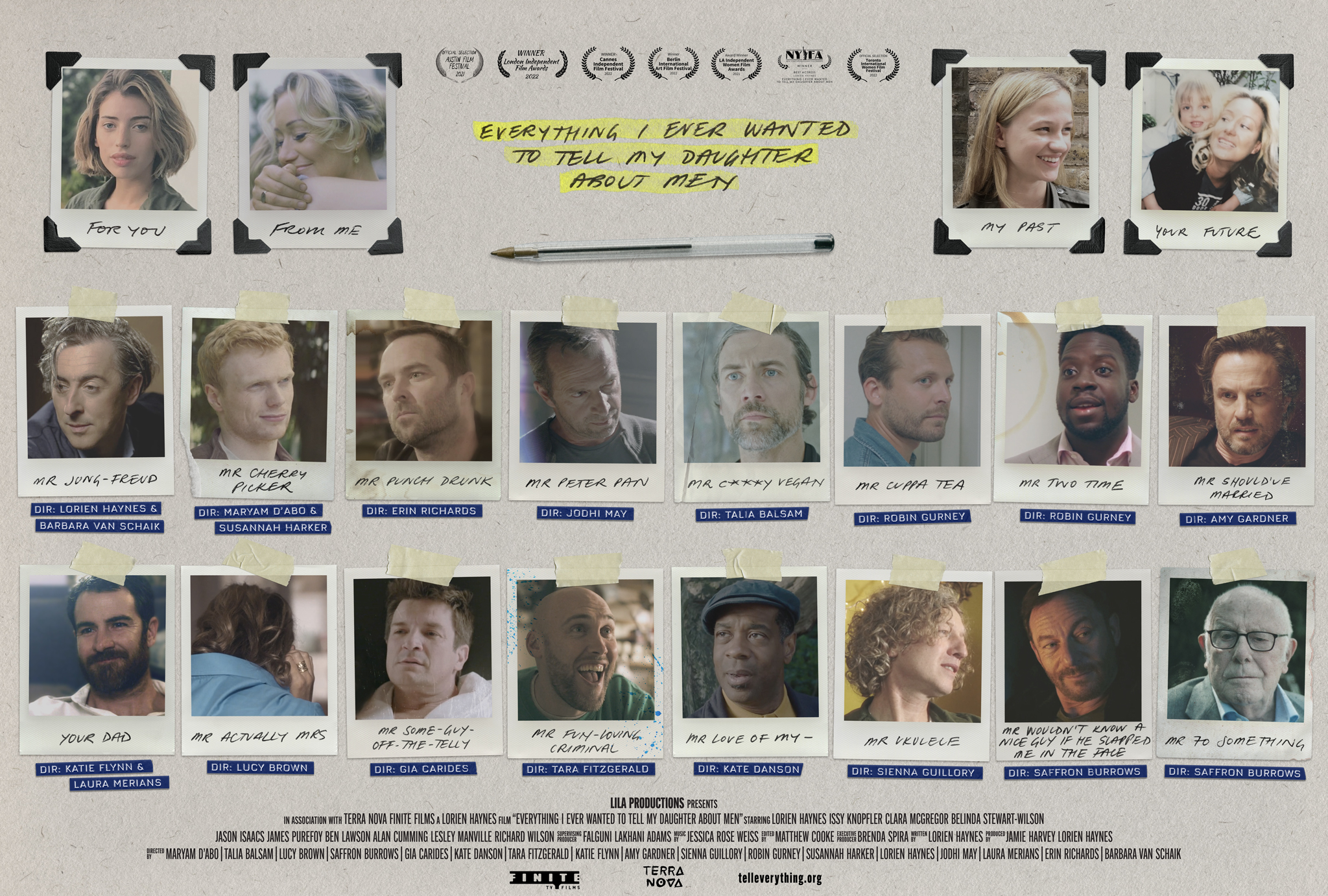 Everything I ever wanted to tell my daughter about men

… is a black comedy, originally written for the stage by actress and screenwriter Lorien Haynes for her daughter. It traces a woman’s relationship history backwards, exploring the results of a sexual assault on her choices and her relationship experiences from teen pregnancy to infidelity and addiction.

Brenda Spira and Lorien Haynes at Lila Productions, and Jamie Harvey at Terra Nova release a full length feature dramedy and a subsequent anthology series of 23 short films, directed by 21 women in both the US and UK.

This passion project, created by an army of volunteer crew, male and female, with at least 50% female, is to raise awareness and support for survivors of abuse and assault in conjunction with RISE, the Nobel Prize nominated NPO, who are passing the Survivors Bill of Rights state by state in the US and took it to the UN in September 2019.

The films have been shot in conjunction with a powerful PSA, which features all cast and crew saying their statement of choice. From ‘I am a survivor,’ to ‘I hear you,’ this, released as a snowball as we shoot, paves the way for the film as a non-profit to support survivors of abuse the world over.