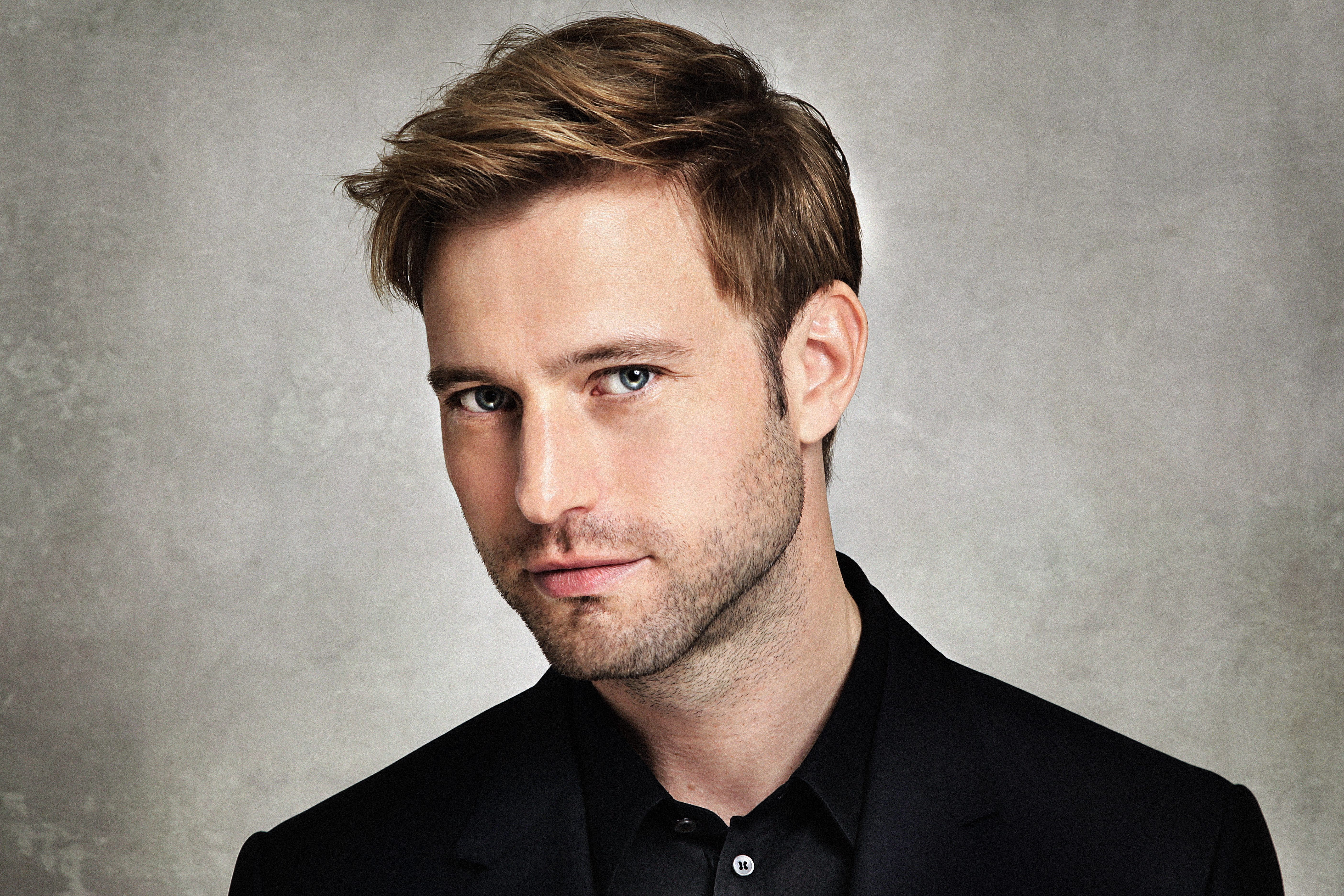 Baritone Benjamin Appl is celebrated by audiences and critics alike for a voice that ‘belongs to the last of the old great masters of song’ with ‘an almost infinite range of colours’(Suddeutsche Zeitung), and artistry that’s described as ‘unbearably moving’(The Times). Former Gramophone Award Young Artist of the Year in 2016, Appl was a BBC New Generation Artist 2014-16, a Wigmore Hall Emerging Artist and ECHORising Star in the 2015-16 season. He signed exclusively to Sony Classical in2016 and begins an exciting multi-album collaboration with Alpha Classics fromAutumn 2021.

Appl started in music as a young chorister at the renowned Regensburger Domspatzen, later continuing his studies at the Hochschule fürMusik und Theater München and eventually at the Guildhall School of Music& Drama in London. He had the good fortune of being mentored by the legendary singer Dietrich Fischer-Dieskau. Appl says, ‘my years of working with Fischer- Dieskau were invaluable and had a hugely formative influence on me. He is an inspiration – someone who is always searching and seeking a deeper understanding of music and of life. He was a role model for how to prosper as an artist, never just delivering, but each time creating.’

An established recitalist, Appl has performed at the Ravinia, Rheingau, Schleswig Holstein, EdinburghInternational, Life Victoria Barcelona, and Oxford Lieder festivals, deSingel Antwerp, Heidelberger Frühling, and at the Klavier Festival Ruhr. He has performed at major concert venues including Festspielhaus Baden-Baden, Het Concertgebouw Amsterdam, Elbphilharmonie Hamburg and the Musée de Louvre Paris, in addition to which he is a regular recitalist at Wigmore Hall and at the Schubertiade Hohenems and Schwarzenberg. In equal demand as soloist on the world’s most prestigious stages, he collaborates with the NHK Symphony Orchestra,Philadelphia Orchestra, Staatskapelle Dresden, Philharmonia Orchestra, SeattleSymphony, Vienna Symphony and many others.

Recent highlights include his role debut as Guglielmo Così fan tutte with Classical Opera Company; AeneasDido and Aeneas in concert with the London Philharmonic Orchestra and Sir Roger Norrington; three recitals at New York City’s Park Avenue Armory featuring all three Schubert song cycles; a debut performance of Bach’s Mass in B Minor with the Philadelphia Orchestra and Yannick Nézet-Séguin; his Paris orchestral debut at the Saint-Denis Festival with the Orchestre National de Lille; and debut recitals at Grand Théâtre in Geneva, Linz Brucknerhaus, Salzburg Mozarteum andSpivey Hall, Atlanta. In 2017 he performed in the internationally televised ZDF Adventskonzert concert at the Dresden Frauenkirche with the Staatskapelle Dresdenand Christian Thielemann and was recently honoured to have been invited by the Federal President of Germany to appear as soloist at the commemoration of November 9th 2021 (a date of great significance in Germany) where he performed to German Chancellor Angela Merkel and other esteemed guests.

In 2021-22, Appl makes his operatic debut and opens the season at the Liceu Barcelona as Harlequin Ariadneauf Naxos. This is followed by a full schedule of concerts across Europe and theUSA, including recitals and performances at Salle Gaveau Paris, Berlin Konzerthaus, Berlin Philharmonie, Hamburg Elbphilharmonie, Wigmore Hall, BostonCelebrity Series and Dallas Opera; concerts with the Sofia Philharmonic, NDR Radiophilharmonie, and the Berlin Barock Solisten and ongoing residencies with the Jenaer Philharmonie and Hamburg Ballet. He will also take up the prestigious position of Musician in Residence at I Tatti, The HarvardUniversity Center for Italian Renaissance Studies, during the fall semester of the academic year 2021/22.

This season, Appl will also take part in an exciting new realisation of Schubert’s great song cycle Winterreisewhich will be filmed in the Swiss Alps in November 2021. Commissioned by theBBC and Swiss television station SRF, and directed by John Bridcut, this film promises to be a beautiful and insightful interpretation of Schubert’s epic work which will be broadcast in 2022. Winterreise further compliments Appl’s season as it will also be the repertoire of his first solo album on Alpha Classics which will be released in February 2022. Appl’s growing discography includes Schumann duets with Ann Murray (DBE), accompanied by Malcolm Martineau; his debut solo disc’Stunden, Tage, Ewigkeiten’ accompanied by James Baillieu, which was released in April 2016 on Champs Hill records; and a live recording of Schubert lieder with Graham Johnson for the Wigmore Hall Live label. His first solo album forSony Classical, 'Heimat’, was Gramophone nominated and won the prestigious PrixDietrich Fischer-Dieskau (Best Lieder Singer) at the 2017/18 Académie du DisqueLyrique Orphées d’Or. Other recent recordings include an album of Bach withConcerto Köln for Sony Classical, as well as Sibelius’s Kullervo with the BBC Scottish Symphony and Thomas Dausgaard for Hyperion Records.

Wo die Berge so blau

Whither Must I Wander

Bright Is the Ring of Words

I Have Trod the Upward and the DownwardSlope